Enter your City name or Pincode

Khammam city on Munneru River banks is located in Khammam district of Telangana. It is located at a distance of 193 km away. The city is named after “Kamba”. The city is also popularly called as the City of Stambas or the coal city of southern India. Khammam is a commercial hub and the industrial hub of it district. The city depicts a mixture of Telangana and coastal Andhra culture.
District Collector & Magistrate
Collectorate,Khammam
collector_kmm[at]telangana[dot]gov[dot]in
08742-224641
https://khammam.telangana.gov.in/ 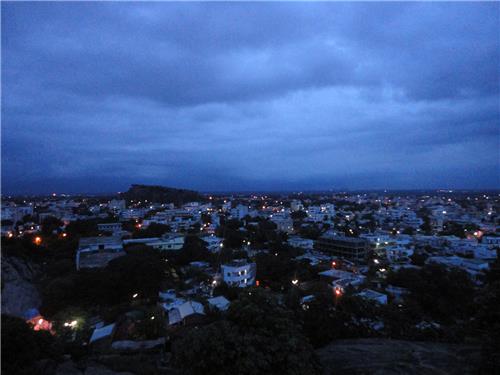 As per 2011 population census the city records a total population of 1,84,210 within its boundary.
Khammam is the 6th highest populated city in Telangana. People of all religions and communities reside in the city out of which Hindus forms the majority of population of about 81.59 %, Muslims are about 15.98 %, Christians are of 2 % and the rest constitutes Sikhs, Jains, Buddhist and others.

The Bhakta Ramadasu Kala Kshetram national theater in the city is a prestigious landmark of Khammam owned by the state government and it was named after Sri. Bhakta Ramadasu a popular Carnatic Musician and also a devotee of Lord Rama.

Khammam city has more than 100 years of history. The city name is believed to be derived from the temple name Narsimhadri which was later titled as Stamba Sikhari or Stambadhri it is one of the old temples in Telangana said to be existing from the times of Treta Yuga and it is sited above a vertical rock named Kamba which means Pillar. The current city name is derived from Khammam Mettu, Kammammet, or Kambam Metu. Until 1953 the city was within the boundary of Warangal district after which it got separated and came within the jurisdiction of Khammam district.

Khammam is very rich in its water resource as numerous river streams and ponds are sited in the city. River Munneru flows through city towards its east. The Krishna Rover tributary also flows through Khammam. The other water bodies in the city are Thummala Gadda Cheruvu, Lakaram Lake, Velugumatla pond, Khanapuram Haveli pond, Ramannapeta pond, Mellemadugu Cheruvu, Khammam Lake and many more providing a huge water resource to the city. The Nagarjun Sagar left canal runs through west to east of the city.

Khammam city receives the maximum annual rainfall in the whole of Telangana state during monsoon season. The annual rainfall recorded in Khammam is 175 cm which is really high. It is for this reason the city is often affected by flood. During monsoon the flood caused by River Munneru and River Krishna tributary affects the normal state of the city. Khammam has witnessed worst floods in 2007 and 2009 that drowned majority of localities of Khammam. The Food Corporation of India at time of floods in Khammam provides food for the flood victims. Government is on serious planning to avoid worst effects of Flood in Khammam by the use of barricade construction.

Areas and Localities in Khammam

The Prakash Nagar locality in the south of Khammam is located on the right banks of River Munneru and it homes popular city landmarks like Grain & Mirchi Market, Kinnerasani Theatre and many pilgrims like Prakash Nagar Church, Light Church, Teachers Colony Church, Krishna Mandhir & Anjaneya Mandhir. The localities Sriram hills, Agraharam, Kothuru, Srinivas Nagar and Rajendra Nagar are located in the south of the city along Munneru River.

The localities Tekulapalli, Balapeta, Kalluri Nagar and Khanapuram industrial area sited along the Nagarjun Sagar canal in the north west of Khammam. The Nizampet locality in the center of the city along the Ayra roadways homes vital city landmarks like the Khammam municipal corporation office, Khammam Fort, Khammam railway station, GV Mall, Sri Tirumala theatre,  banks and many pilgrims. 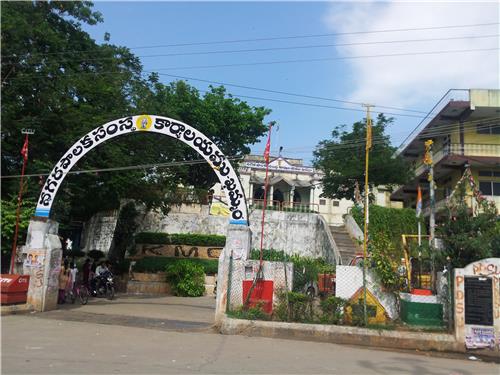 The local body is responsible for providing all basic amenities to the locals like drinking water which is supplied from Munneru River, Lakaran Tank & Nagarjun Sagar canal and it supplies 31.76 MLD water per day. The total length of drains in the city constitutes 397.50 km of length. The municipal corporation also provides street lights in all areas and localities of Khammam. The local administration in the city is done through various municipal departments like public health department, revenue department, engineering department, town planning department, accounts department and many more.

Khammam city is one of the 37 mandal divisions in Khammam district and it is a mandal Headquarters.

Here is the detailed list of government offices in Khammam:

Are you a Business Owner?

Add the products or services you offer